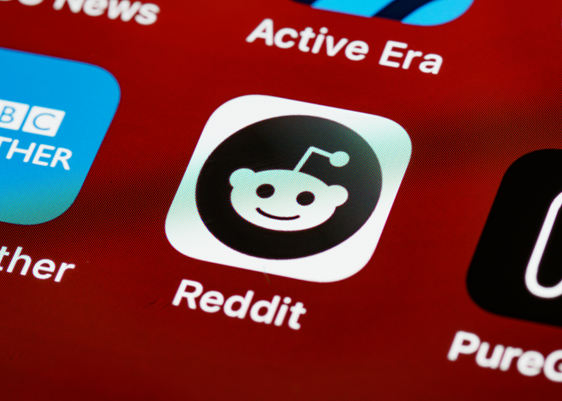 I think a ‘mini-revolution’ occurred last month when Reddit users and others manipulated the stock of Gamestop and sent the shares soaring higher without fundamental reason. This will likely prove to be an important mark in time; I only say ‘mini’ because of the fast and furious nature of the revolution. Many have asked for some perspective and I have some thoughts to share, no surprise…

The gist of it of it is that hedge funds were shorting GameStop– In my opinion, the reasoning made sense. GameStop basically rents games on compact discs in physical locations which are headed the way of the dodo and Blockbuster. Thing is, these hedge funds shorted more shares than there were shares outstanding and they borrowed money to do it. Yes, they were a little cocky with it, going “all-in” and double levered up as much as possible.

Hedge funds are supposed to ‘hedge’ all risks but they missed one. In this case, it was several million Reddit users under the ‘wallstreetbets’ forum that decided to gang up and buy the stock and try to ‘bust’ the shorts. Honestly, it was pretty brilliant and they achieved enough buy-in from the social media masses to make it work.

There weren’t many shares out there left to sell and when all of these ‘wallstreetbets’ folks bought shares their GameStop stock started to go up. When the stock goes up the hedge funds that are short the position lose money, then their lenders get nervous and ask for money back or the hedge fund needs to “cover” their short position to stop the bleeding. In either scenario, in order to cover your short position- or close the trade- you have to buy it. Shorting a position means you sell first and buy second. As a result, we got into this spiral where there were no sellers, millions of Reddit buyers and then the hedge funds started losing so much money and were required to cover- or buy shares, as well. All of a sudden there were all buyers and no sellers and everyone jumped on this bandwagon. It went viral. The buying became frenzied and the stock went from $5 to $480. Mind you, this in no way reflects any value of the company- it became a plaything of wall street.

I assumed it might end badly, and it did, but it took longer than I would have guessed. GME at its high hit $480 and as of today it closed at $45.94 (2/17/21). Some unfortunate Reddit lemming bought shares at $480 and will lose most if not all of their money. It was that kind of a scheme where inevitably the last one holding the bag- the last to buy shares -would lose big but those in the middle who guessed right and got lucky made a ton. I still think eventually GameStop will reflect its true fundamental valuation and go much lower.

This is a story of a market inefficiency that got exposed and corrected very quickly. It was a tech revolution in the way that this couldn’t have happened without the sheer size of the internet connected community that rose up to dethrone the king, so to speak. It reminds us that the market may have temporary inefficiencies but they are quickly exposed and corrected. Especially so with modern dissemination of information, its availability and the scale tech has brought to communications. Crowdsourcing has gained power.

I don’t know if there will be lasting ramifications. In the short-term, other hedge funds covered a bunch of other short positions fearing the mob would rise up on them next. So we saw Express Brands, Dillard’s and AMC movie theaters all experience some of the same irrational run up and then dump down.

Often the first instinct is to despise the short sellers, however they are a necessary part of the financial ecosystem and promote proper checks and balances. I think for a while these hedge funds enjoyed undue success, making large sums of money because they had the scale and the money and the influence when shorting stocks. Perhaps this time it went too far and they got checked in a major way. Now more balance is achieved. A fear of mine is that the short sellers ‘go away’ which might lead to rampant upside in stocks. Akin to shooting all the wolves because they are ‘bad’ (or eat your livestock) but then, as a result, you have too many deer- an unbalanced ecosystem. It is difficult to imagine this actually happening to the stock market landscape, even though this correction was painful for some.

Stepping back, I was a bit concerned that this could turn into a systemic issue that could make the market go down. It didn’t. I will say there is a lot of rampant speculation and lots of retail ‘betting’ style trading vs. fundamental investing- investing in companies based on earnings and tangible things. I don’t love that and I am watching this closely. There are many potential market tops along the way- and then every so often one of them turns out to be a true top, for a while, and then the cycle resumes. I think it is important to understand that the market is an ecosystem of checks and balances, not a Roulette wheel in Las Vegas. There are some GME investors who now understand this more clearly as the new, social media stock market revolution continues to evolve.